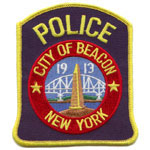 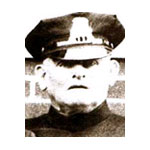 Officer Joseph Dardis suffered a fatal heart attack while struggling with a man he was attempting to arrest. He was on foot patrol near the corner of Main Street and Tioronda Street when he observed a man known to be wanted for desertion from the Navy.

The man resisted arrest and struck Officer Dardis during the arrest, causing him to collapse. Several witnesses subdued the man as other officers were called to the scene.

Officer Dardis had returned to duty from retirement to fill staffing shortages due to WWII.

Patrolman Lucy was shot and killed while he and another officer attempted to serve a mental warrant on a man at a home on North Street. As Patrolman Lucy reached the top of the stairs the man appeared and fired two rounds from a shotgun and Patrolman Lucy's face, killing him. Patrolman Lucy's partner, who was standing behind him, caught him with one hand and returned fire with the other hand.

The suspect fled into a room and was later shot and killed by other officers.