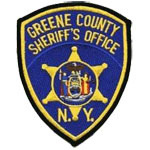 Deputy Sheriff Kevin Haverly was killed in a single vehicle crash on Route 23, in Ashland, at approximately 6:15 am.

He was returning to the agency's satellite office in Ashland at the end of his midnight shift when his patrol SUV left the roadway and struck a utility pole.

Deputy Haverly had served with the Greene County Sheriff's Office for four years. He is survived by his wife, three children, mother, and sister.

Keeper Charles Ernst was beaten to death by an inmate inside one of the county jail's cells.

The inmate, who was scheduled to be executed the following day for a previous murder, had ripped the pipe from the cell's floor. The pipe had been fastened across the floor to hold down down the floorboards. When Keeper Ernst entered the cell the man struck him on the head five times, causing fatal injuries.

Keeper Ernst was survived by his wife and children.