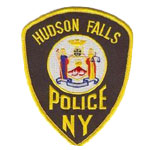 Patrolman William Clary was killed in an automobile accident while attempting to stop a tractor trailer on Main Street, just in front of the town hall and the police department.

An officer on foot patrol had noticed that the doors on the tractor trailer were not closed and were swinging open. The officer radioed to Patrolman Clary to stop the truck, and to inform the driver of the situation. As Patrolman Clary neared the truck, his patrol car went out of control, crossed the street and struck a tree.

Patrolman Clary was transported to Glens Falls Hospital where he succumbed to his injuries a short time later.

He had been a member of the Hudson Falls Police Department for ten years, and is survived by his wife and two daughters.