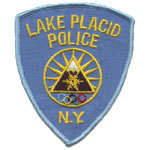 Patrolman Pelkey was shot and killed in a standoff with a burglar at a cabin in Lake Placid, New York. Patrolman Pelkey and other officers had cornered a wanted daytime burglar who was an AWOL Air Force Major. The suspect, hiding in a shower stall, opened fire, striking three officers, mortally wounding Officer Pelkey. The suspect was later caught in Reno, Nevada, tried and convicted of second-degree murder, but only served fourteen years in prison. The suspect was later killed in an automobile accident in 1970.