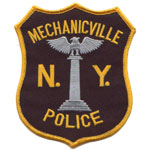 Patrolman Paul Luther was shot and killed while on patrol near a restaurant. A sniper opened fire on the establishment, fatally wounding Patrolman Luther, who had given him a speeding ticket two hours earlier. He also killed a civilian and wounded 11 other people. During the siege, he fired over 300 rounds and only quit after a fire started in his apartment.

He pleaded guilty in June 1977 to two counts of second-degree murder and 11 other charges and was sentenced to serve a sentence of 25 years to life. The killer was denied parole for a fifth time in August, 2009. His next parole hearing is in June, 2013.

Patrolman Luther was also the president of the local fire company. He was survived by his parents.