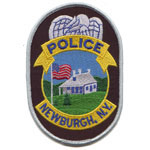 Officer Betanzos succumbed to injuries sustained one week earlier when he was struck by a hit-and-run driver while directing traffic at the city's waterfront following 4th of July activities. A vehicle that was waiting in traffic sped around the stopped vehicles and into the intersection of Renwick Street and Water Street, striking Officer Betanzos.

The suspect continued to flee at high speed. He was taken into custody after striking two additional cars and injuring 10 people.

The suspect was charged with second degree manslaughter.

Officer Betanzos had served with the agency for just under 3 years. He was survived by his wife, son, and daughter.

Officer Robinson was shot and killed while responding to a domestic disturbance in which a man was beating his wife. The suspect holed up inside his house and engaged officers in a shootout.

Officer Robinson was a veteran of the U.S. Marine Corps and had served with the Newburgh City Police Department for 2 years. He was survived by his wife and two sons.