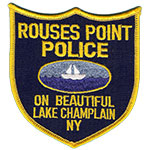 Chief of Police Solomon Bullis succumbed to injuries sustained three weeks earlier when he was struck in the head while arresting two men for being drunk.

As he was preparing to take the two to jail the brother of one of the men struck him on the back of the head with the handle of a milk can. The injury caused him to develop a blood clot on his brain. He passed away at his home on May 28th, 1904.

The man who struck him was charged with first degree manslaughter.