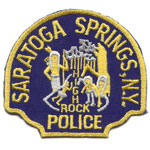 Patrolman Petit was killed while assisting the local fire department at the scene of a major fire in the city's downtown district. He was standing with the fire chief and assistant fire chief when an explosion occurred inside one of the burning building. The explosion blew a large number of bricks onto the three, killing Patrolman Petit and injuring the other two.

Patrolman Petit had served with the agency for 14 years. He was survived by his wife and three children.

Officer Stevens was involved in a violent fight with 2 persons on Broadway. Both men were taken into custody by Officer Stevens and other responding officers that came from police HQ. Stevens suffered a heart attack later that day and was ordered by his doctor out of work and home to recuperate. Officer Stevens never returned to work and died from heart failure at home.